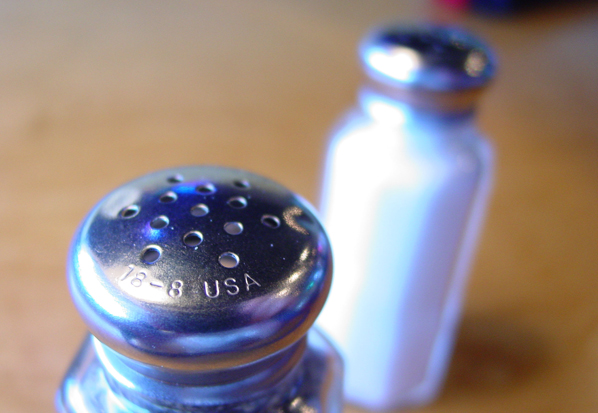 According to the American Heart Association, some 97 percent of people surveyed recently didn’t know how much sodium they were getting in a given day.

Even more troubling was that the survey found people were underestimating the amount they ate by 1,000 milligrams. That’s rather a lot of salt! The AHA recommends eating about 1,500 mg of sodium a day. But, the AHA says most Americans consume more than twice that amount.

To combat this troubling news, the AHA has devised a new advertising campaign urging Americans to look out for “Salt,” a costumed character who seems friendly at first but can pop up in unexpected places and cause problems.

Here’s a look at the video:

Where does all that salt come from, though? “Processed, prepackaged, and restaurant foods,” the AHA says.

AHA President and Harvard Medical School professor Dr. Elliot Antman, MD, suggests substituting vinegar, herbs and spices or citrus juices like lemon or lime to replace salt. Cooking meals with fresh ingredients rather than heating up something prepackaged helps you better control your intake of salt and sugar.

For more on the AHA and this campaign, click here.

How do you cut salt from your diet? Tell us: