According to the Centers for Disease Control, more than one third of adult Americans is classified as obese. Obesity is an epidemic that has increased dramatically in the last two decades.

In 2011, there were twelve states with rates higher than 30%, including Texas, Kentucky, West Virginia and Michigan. Recent data shows that diets high in fried foods and sweetened drinks are common causes for obesity.

The CDC has a number of fascinating but troubling facts regarding obesity prevalence.

In a study published in 2009 by Eric A. Finkelstein, Justin G. Trogdon, Joel W. Cohen and William Dietz, the link between obese patients and higher medical spending is laid out plain. The paper authors state that obesity-related medical spending increased some 27% between 1987 and 2001. The American Diabetes Association recently reported that that the cost of diabetes, commonly linked with obesity, topped $245 billion in 2012, a cost increase of 41% in just five years.

The CDC’s own graphics show steady increases in obesity prevalence rates across the nation during the 1987-2001 period. The CDC has been pushing nutrition and fitness programs to help combat this frighteningly growing epidemic. 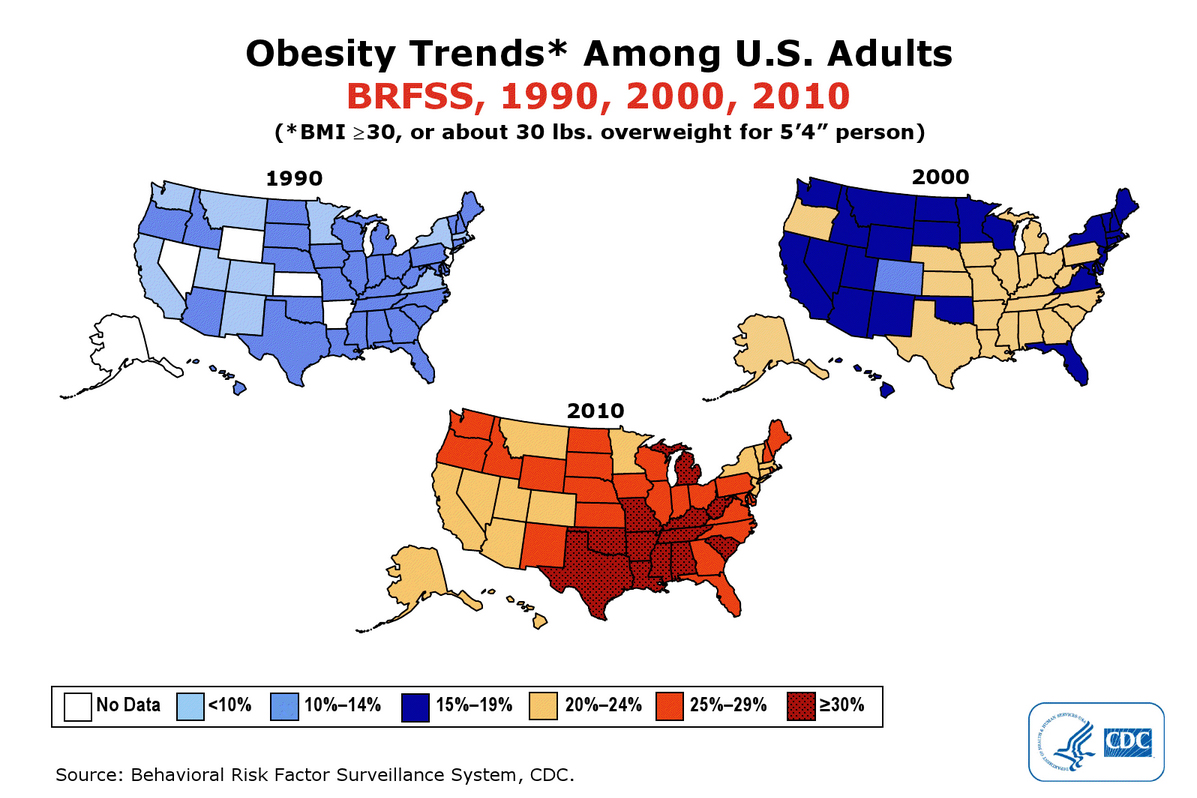 Despite the in-depth research, dizzying statistics and heavy science, methods of combating obesity are rather simple:

A recent study showed that many common beliefs about weight loss may be untrue. But what is still true is that the key to weight loss is expending more energy than you take in. Maintaining a healthy, active lifestyle is the best way to fight not only obesity, but heart disease, diabetes, and a host of other conditions and complications.