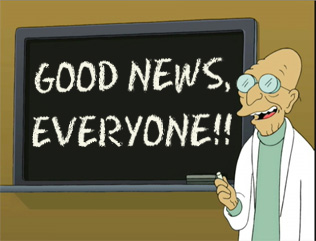 Good news, everyone! According to a new study released by the Centers for Disease Control and Prevention in Atlanta, Georgia, heart attacks and strokes associated with diabetes have dropped a stunning amount, in some cases more than 60 percent, in the last 20 years.

CDC researchers looking at patient records from 1990 to 2010 found an incredible 68 percent drop in heart attacks in patients over the age of 20. The rate of strokes in the same age group dropped by half, as well.

Of particular note is that the rate of amputations was down by half, as well. And, researchers found that deaths caused by high blood sugar fell by a staggering 64 percent!

So what’s the deal with these numbers? Twenty years of increasingly better education and options for healthcare providers and patients alike. More than ever, doctors and patients are having discussions about the dangers of diabetes and the options for managing it.

While all this is cause for celebration, Dr. Frank Gavini, a cardiologist with Adventist Health says we shouldn’t get ahead of ourselves. The same study notes that while complication rates have dropped, the number of diagnoses of diabetes have tripled in the United States.

“Patients are … doing their part by becoming informed and taking better care of themselves,” Gavini told The Associated Press. But, he said, “the diabetes population has tremendously increased … nationwide. We can’t just celebrate. We still have a large population we need to deal with.”